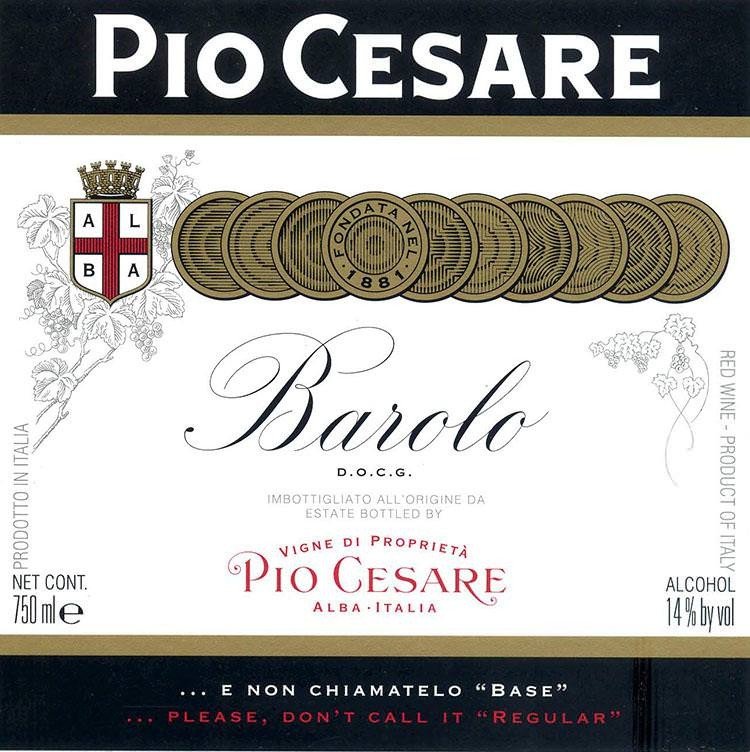 The color, of course, was even lighter than the previous bottle, a brickish red that would not be considered a good sign in a  Bordeaux or Napa Cabernet. But it's a color that you should expect from a mature Barolo made in the traditional way, aged for many months in a large barrel. The bouquet is beautiful--oh so lovely--from the moment the cork is removed. Dried flowers, fruits, herbs along with a powerful balsamic element. It's really hard to keep my nose out of the glass, but what appears on my tongue is even better. Smooth as silk, no hard edges. Great intensity of flavors. Ripe tannins and just the right amount of acidity. A hint of chocolate on the finish that lasts for several minutes. Great wine!
Posted by Fred McTaggart at 8:25 PM No comments:

Wines for my 80th birthday

Celebrating my 80th birthday on March 30, I had the task of choosing three of my favorite wines to bring from the cellar to the table. It was a tough choice--I have many favorites--but, after hours of deliberation, my selections were a Barolo, a Chateauneuf du Pape and a Crozes-Hermitage that I consider at least the equal of most wines from the more prestigious Hermitage appellation in the Northern Rhone. More specifically, the wines were the:

All were excellent, meeting all my expectations--mature but still going strong. In notes to follow, I will report on each wine in detail.

Posted by Fred McTaggart at 7:39 PM No comments:

I bought a case of this wine about six or seven years ago, and, after trying it periodically over the years, decided it was a little less than I expected from a Langhe Nebbiolo. Tonight, opening my eighth bottle, I finally find what I have been looking for.

Brickish red--good sign for a Nebbiolo. Beautiful upfront floral and fruit scents; then deeper and darker bouquet--cherries, black licorice, tannin. Earlier bottles did not seem tannic to me, just not very much Nebbiolo character. I was wrong; this bottle has significant tannins both on the nose and palate. But they are opening up nicely and leading to lovely Nebbiolo flavors on the mid-palate and after taste. More like Barolo than Barbaresco. I'm not going to be in a hurry to drink my last four bottles.

Posted by Fred McTaggart at 8:37 PM No comments:

I just bought a few bottles of the 2017 Franco Serra Langhe Nebbiolo at D&W's online wine sale and decided go to the cellar for an earlier vintage (which I bought two years ago at the same sale) to see how the wine is coming along. I am happy to report that it is doing well and more than meeting my expectations.

The brickish red color is normal for a young Nebbiolo. And it tells me that the wine has been made in the traditional way, aged in large, seasoned barrels rather than new oak barriques. The aroma is stunning: fresh flowers, dark cherries and savory herbs. Gets prettier with every swirl and every minute in the glass. I could be happy just sniffing a good Nebbiolo. And this is a good one. More of the same on the tongue plus some teasing black olive flavors. It's a bit firm and tannic right now but with plenty of acid to keep it lively. This will get better over another decade, but I don't have time or inclination to wait. For $12 a bottle, this is just what I need while waiting for my Barolos and Barbarescos to mature.

Posted by Fred McTaggart at 7:51 PM No comments:

Now this is real Chablis...with enough age to bring out all the best traits of the appellation.

Deep yellow gold. Lemon, lime, flint--very concentrated. Minerality personified. Nothing fancy, nothing added or held back. You can almost taste the limestone in the soil. Somewhat taut on the first night but rich, sweet Chardonnay fruit comes through on the second and third night. All the changes over three nights are positive. The wine is mature but not at any risk of sliding over the hill. This is very much a wine of place, and I love it.

Posted by Fred McTaggart at 7:50 PM No comments:

Sommelier Madeline Puckette, author of Wine Folly, asks (in her email newsletter): "Is There Such Thing as Good Cabernet Under $20?) Her conclusion, after tasting three candidates priced at $15 to $20, is "no." From my experience, I agree. And that is the main reason, I rarely drink or review New World Cabernets here except for a few bottles from the cellar that I may have cost me $10 or $15 back in the 1980s but are worth much more today.

The bottles sampled by Madeline Puckette were the 2015 Louis M. Martini Sonoma County Cabernet, the 2016 J. Lohr Seven Oaks Estate Paso Robles Cabernet and the 2016 Smith & Hook Central Coast Cabernet. On examining the color, she found that they all "looked amazing"--maybe too amazing. The were all very dark with a level of color extraction that one would not expect from wines at this price level. "No one has ever admitted to using wine grape color concentrations, so I was unable to make a conclusion." There are, of course, rumors in the trade.

The three wines also "smelled pretty good"--but only the Louis Martini actually smelled like Cabernet, albeit a little overripe. As for taste, they all had "an explosive zing of sweet-sour acidity that tasted like Sweetarts (the candy)." She concluded that they had all been acidified--a common practice with warm-climate New World reds.

The Cabernet grape is highly tannic--one reason that it has a track record of producing great, ageworthy wines in the Napa Valley as well as Bordeaux. But tannins can taste bitter in a young wine, and these wines had somehow managed to get rid of or hide the tannins. Consumers, of course, appreciate the smooth mouthfeel, but anyone who has tasted a fine, well aged wine knows that it is better to tame the tannins with appropriate time in the cellar rather than technology.

My conclusion (and hers) is that most New World Cabernets worth buying or drinking will cost you more than $20 and probably require at least several years of aging. The rest are manufactured for mass consumption.

The good news is that there are many very good artisan wines for under $20--wines from special micro-climates and vineyards produced by winemakers who believe that good wines are made in the vineyards and not the chemistry lab. These are the wines that are my focus for buying, drinking and reporting.
Posted by Fred McTaggart at 8:34 PM No comments:

This 2005 Russian River Pinot is showing well and was a good match for Coho salmon.

Medium light cherry red, some amber beginning to form at rim. Lifted bouquet of dark cherries, flowers, ginger and a touch of cinnamon. Perfectly ripe but not at all sweet. Pinot fruit on mid-palate, cherries and berries. A slight tannic edge on the finish on the first night, but this fades away with some aeration. Seems perfect for drinking right now.

Posted by Fred McTaggart at 7:46 PM No comments: