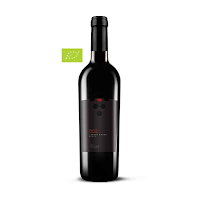 The Vinum 002 Langhe Rosso is a delightful combination of Nebbiolo and Barbera, the two main grapes of the Piedmont. As such, it is an excellent wine for every day fare or for special occasion meals.

Posted by Fred McTaggart at 7:26 PM No comments:

This is Napa Cabernet as I remember it from the late 1970s and early 1980s--before winemakers started competing for Parker points by making their wines riper and increasingly plush. It has everything I expect from a good Cabernet. Reminds me of Burgess Cellars wines from 1977, 1978 and 1979.

The winery is located on Howell Mountain and the grapes come from 50-year-old hillsidevineyards. It is aged for 26 months in 100% French oak, 55% new.

Posted by Fred McTaggart at 10:08 PM No comments:

This is a blend (75% Viognier/25% Chenin Blanc) that I have never encountered before. But it works nicely. Viognier provides the honeysuckle beauty while Chenin Blanc adds body, substance and acidity.

Very light color. Beautiful floral/fresh fruit scents typical of Viognier. Melon, peaches and stone fruits on the palate, more like Chenin Blanc. Plump but not at all sweet. No sign of new oak seasoning, but it may have had some lees contact. Goes well with fondue but would also work as an aperitif.

Posted by Fred McTaggart at 3:10 PM No comments:

This wine received positive reviews when it was first released, and it has more than surpassed estimates about its ability to age. At 23 years, it is showing impressive grace, elegance and beauty.

The color is deep with the orangeish tints typical of Nebbiolo. The bouquet is beautifully formed--dark cherries, spice, flowers. You can almost taste the flavors before the wine reaches your mouth. Doesn't explode but expands gently in the mouth with complex flavors. Everything I expect from a well aged Barolo. Coats the tongue and the roof of the mouth with dry, tannic fruit. Acidity keeps it lively and invites sip after sip. "Good to the last drop," one taster observed.

Posted by Fred McTaggart at 8:06 PM No comments:

Offered as a wine by the glass at Zingerman's Road House in Ann Arbor, MI, this Pinot Noir was delightful accompaniment to a perennial Sunday Road House favorite, Grillade and Grits.

Medium deep garnet. Pomegranate, boysenberries, cocoa and gingery spice on the nose. Good carry through on the palate. Tannin and acid interact nicely on the palate. Good concentration and grip; coats the tongue. Orange and black pepper on the finish. This wine deserves the 92 point rating it received from Wine Enthusiast and retails for $26, a good value for this level of Willamette Valley Pinot.

Posted by Fred McTaggart at 6:00 PM No comments:

When this wine was first released, Rhone critic John Livingstone-Learmouth (DrinkRhone.com) listed it as "promising" with a best drinking date of "2020 or so." It is still dark and robust but seems to have a flaw of some sort.

When first opened, I got intense scents that reminded me of good Cairanne. Upon closer examination, though, a funky, somewhat borsey smell emerged--not  entirely bad but too much for Donna (and probably most other wine drinkers). Flavors were okay, but there was a metallic edge that might also indicate brett. Even though the wine is now 14 years of age, I don't think these traits are associated with advanced age or poor storage. With age, though, a level of brett that may have been attractive in youth has now become less palatable. I bought the wine, one bottle, at auction so don't have to worry about future disappointments.

Posted by Fred McTaggart at 9:10 AM No comments:

As a match for beef entrees, I usually choose Gigondas, and I am nearly always happy with my choice.

Deep, dark color but no sign of aging in small oak barrels. Beautiful scents of red and blue berries, violets and a talcum-like smell that I associate strongly with Gigondas. Power and beauty. Balance leans a bit more toward tannin and alcohol than I prefer, but the wine is still very enjoyable and a good match for marinated flank steak.

Posted by Fred McTaggart at 6:57 PM No comments:

MezzaCorona's Pinot Grigio is widely available, usually for under $10 a bottle. Yet I find it a top example of Italian Pinot Grigio. It is crisp, dry and food friendly with intriguing smells and flavors.

Light straw with good brilliance. Scents of pears and green apples. More of the same on the palate, along with white peaches, herbs and minerals. Right now in Kalamazoo this wine is selling for $7.99 at Trader Joe's and $9.79 for a magnum at Costco. Excellent value.

Posted by Fred McTaggart at 11:47 AM No comments: